The Caricature and Humour newspaper drawing Festival of Saint Jean de Sixt was born in 2003.

Jacques THOMAS, Press cartoonist and professional caricaturist, came on vacation for some years in the Aravis and one day he made a stop in the village of Saint Jean de Sixt. While having a lunch in the restaurant of Jean and Jocelyne BRICHET, he didn’t know at that time that a wonderful friendship had begun. Some sketches have been drawn on an edge of the table and a slice of fun later, Jacques asked Jean if he can come back next year with his friend Angelo DI MARCO, Press and comics cartoonist. The main idea was to offer visitors an exhibition of their works and also to realise sketching and drawing for the visitors. All this would take place at the village hall. Now it has been nearly fifteen years that the festival has been going on !
Since this time they went from three to six artists and even more than 10 artists during the latest editions.
In all, it has been twenty-five cartoonist that have been present in all the 14 passed editions.
Evolving in different universes, the artists present humorous and satirical patchwork of their vison of the news and in a more general way, their view of the world.
The festival had been held successively by the Tourism Office, The Traders Union of Saint Jean de Sixt and then back to the Tourism Office. The festival continues and its organizers wish to give it a more intercommunal dimension at first and then, maybe an international dimension.
In 2019, we had the honour of welcoming Steve Bell, the official caricaturist of the newspaper “the Guardian” for 30 years.
An exhibition of 50 pieces of his work had been programmed with the partnership of the four others Tourism Offices of the Aravis.
It was spread around Thônes, Le Grand-Bornand, La Clusaz, Manigod et Saint Jean de Sixt during one month, from February 10th till March 10th of 2019. 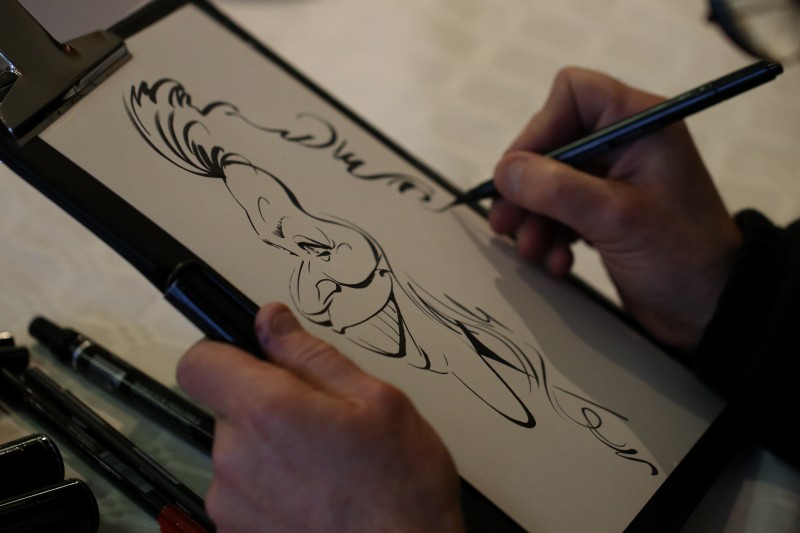 It was while noticing the pleasure that all the caricaturists felt each year during the festival that Jacques Thomas, co-founder of the festival, found the name : L’OSMOSE.
SÉBASTIEN DIEU has drawn the actual logo of the festival L'OSMOSE DE LA CARICATURE in 2010. 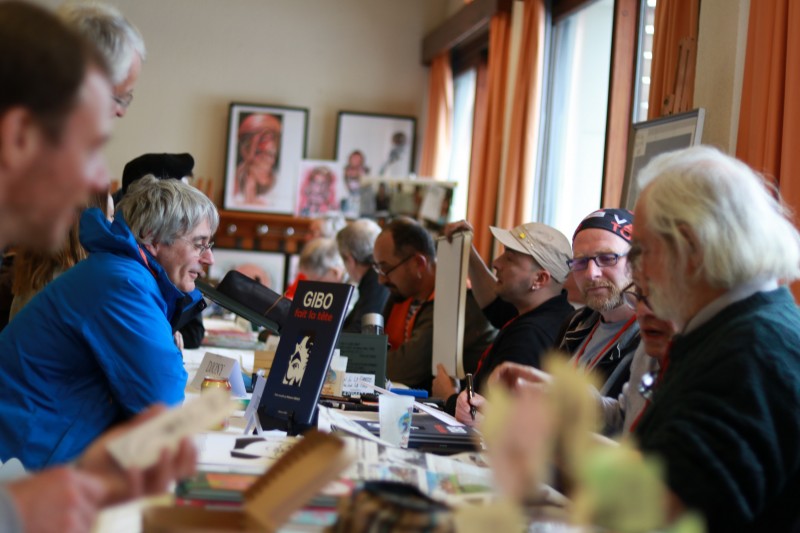 The Numbers of the weekend :